For several reason I do not have access to LAN and thus have to rely on WIFI for my mining rigs. It is fine for most of the time, but the shit hits the fan, when the connection drops for one reason or another.

Note: It's either wlan0 or wlan1. Check with sudo ifconfig.

Save the script and make it executable.


Now there are several ways of making sure that our script is being executed every x minutes. The easiest way of accomplishing that I think is by using the command watch.


What it does is execute our filename.sh script every 600 seconds.


Or you implement a so called cron job


*/5 * * * * means that the task will run every 5 minutes.
cron debian network-manager ubuntu wifi

Popular posts from this blog 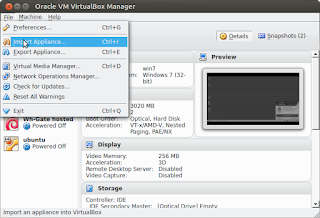 Summary: Tor Browser is not enough. This short tutorial will help you to significantly improve your security in only 15 minutes.

Your online privacy is under attack. Government agencies (NSA, FBI etc.) and private companies (e.g. Google) are snooping on you. You will find a lot of tips on the web to achieve online anonymity, but most of it is useless.

The information below will give you a rock-solid setup in a reasonable amount of time. If you run into any problems post a comment and I will help you out.

It is possible to avoid being tracked, but to stay anonymous online you need a) a good setup and b) use your common sense.
My setup | User -> VPN -> Tor -> Internet Using Tor alone is often not enough as a Harvard student had to learn when he emailed a bomb threat to campus officials to avoid having to write a final exam.  He was deanonymized by the fact that he was the only person using Tor on the campus network at the time the email was sent.
A VPN will hi…
Read more

- February 16, 2013
Please find a collection of .onion links below. You need to install Tor Browser from http://torproject.org/ to be able to access the links.

Quick tutorial on how to host and run your own Linux server: i.e. hidden service. First download whonix workstation + gateway.

on the whonix gateway

- June 16, 2014
No need to install anything. Just open a terminal and execute the following command to get the temperature of your RasPi.
/opt/vc/bin/vcgencmd measure_temp Automate the process The below script will automatically reboot your Raspberry Pi should it reach a specified threshold (maxtemp). First of all make sure you can reboot/shutdown your raspi without linux asking you for a password.
user@user:~$ sudo visudo Add the following to the sudoers file.  user ALL=NOPASSWD: /sbin/shutdown The scriptSave as temp.sh. Maxtemp specifies the temperature cut-off point, at which the Raspi will reboot.
#!/bin/bash #title :temp.sh #description :Checks Temperature of Raspberry Pi and reboots at maxtemp. #author :Mike M | www.linuxx.eu #notes :Add "user ALL=NOPASSWD: /sbin/shutdown" to sudoers file temp=`/opt/vc/bin/vcgencmd measure_temp | cut -c 6-7` maxtemp=75 if [ $temp -ge $maxtemp ]; then xmessage "Alert! Temp above 75. System reb…
Read more